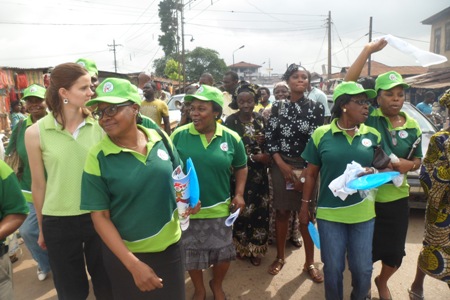 Today June 19th 2013, marks the World Sickle cell Day. The African Union (in 2005), the UNESCO (2005), WHO (2006), and the United Nations (2008) recognized sickle cell disease as a public health priority. The 19th of June, has been chosen to celebrate every year the World Sickle Cell Day in order to raise awareness of the disease in the world.

This is to bring the attention of the public to the facts on Sickle Cell Disease and the plight of those http://premier-pharmacy.com/product-category/arthritis/ afflicted by this chronic and incapacitating disease for its control. There is yet no cure for the disease as only palliative care is currently available.

Nigeria has the largest population of people with Sickle Cell Disease (SS- about 4 million) and those with the Sickle Cell trait carriers (AS about 40 million) The Goal of SICKLE CELL HOPE ALIVE FOUNDATION (SCHAF) to spread Awareness/Education on Sickle Cell Disease to the public for the control of this disease as well as to facilitate the care of those afflicted by the disease is sure a worthwhile venture. We can only hope that this programme – laudable as it is, will one day be interesting to the Local, State and Federal Governments so that millions of Nigerians suffering from this disease will benefit.

Our Theme is: “KNOW YOUR GENOTYPE TODAY, MAKE INFORMED DECISION IN YOUR CHOICE OF PARTNER AND HELP IN THE CONTROL OF SCD IN NIGERIA”

Pls note that: YOU CAN WORK with SCHAF to make a difference.

Thank You and God Bless.