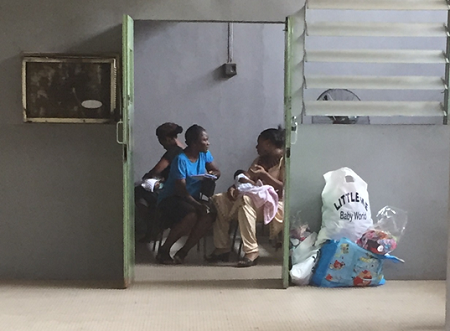 Research undertaken by a Nigerian student from De Montfort University Leicester (DMU) could change the way sickle cell disease is regarded in Africa.

Dr Bola Ola, from the Department of Behavioural Medicine at State University Lagos in Nigeria, was concerned that many people living with Sickle Cell Disease (SCD) showed signs of severe depression.

He found that there was a lot of stigma attached to having sickle cell in Nigeria. Some communities believed that sickle cell was associated with supernatural spirits, rather than being a genetic condition, inherited from parents, and possible to treat very successfully with modern medicine.

Working with DMU sociologist Professor Simon Dyson, Dr Ola interviewed those living with SCD in Nigeria who were also depressed.

He said: “People would be stopped in the street by people whom they did not know, and told that they should not be allowed to go to school, that they http://premier-pharmacy.com/product-category/hair-loss/ were a burden on their families, and even that told that their mother should have aborted them.

“The people we interviewed attributed their low mood and self-esteem to these types of comments, which happened constantly, and could be made by neighbours, school or work colleagues, and even by close family members. In several cases the people with SCD had become so desperate that they had made preparations to commit suicide”.

Professor Dyson, who supervised Bola’s PhD said: “We helped Bola to recognize what the people themselves were saying: they were not stigmatized because of sickle cell, but because they broke the assumptions of other members of society about what people living with sickle cell could and could not do.

“Once we realized this it was a short step to recognizing that those with SCD could themselves point to their achievements. Often they could do what others assumed they could not: they were top of their class, they had a job as a journalist, an office manager, a teacher or a chef, or they had given birth and brought up their children.”

Dr Ola’s co-supervisor, Dr Scott Yates, Reader in Psychosocial Studies at DMU then suggested following up the individual interviews with group discussions. Once they met one another and shared experiences, the group members with sickle cell started to recognize that what they needed to do was to campaign in the same way that disability rights campaigners have worked in the UK, discussing how they could organise a group to do just that.

Dr Ola said he was proud of what his work had helped achieve.

He said: “My supervisors encouraged me not to see my research participants as people to meet as a “one-off”.

“Not only have we all stayed in touch, but some of the people with SCD are now working with me as community interviewers on a further research project looking at the best way to support children living with SCD at school in Nigeria.”