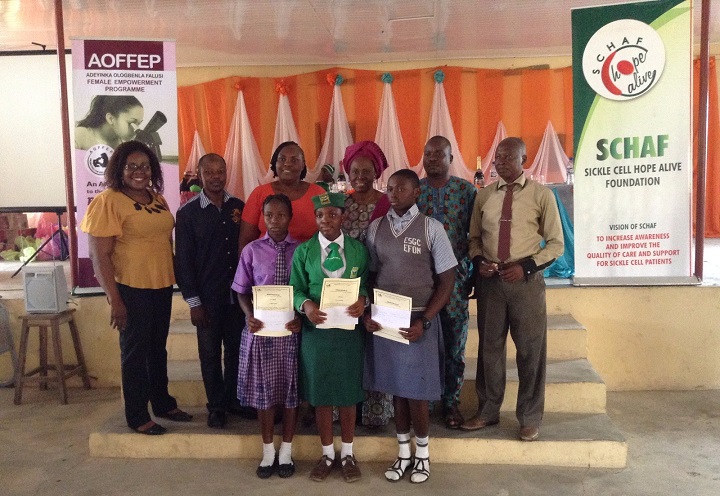 SCHAF WAS GUEST AT the  2017 annual AOFFEP EVENT at Efon Alaaye, Ekiti State on January 19 2017. 162 students and several staff members were present to receive an awareness lecture from SCHAF. The lecture delivered by Professor Adeyinka Falusi – president of SCHAF focused on the need for awareness, complications of SCD and  the need for early phenotyping for an eventual prevention and control  of the disease in Nigetia. The students were encouraged to learn http://premier-pharmacy.com/product-category/anti-anxiety/ more about the disease for making their future informed  decisions. This was followed with blood phenoype screening of 79 consented students. Representatives from the 8:Secondary  Schools  in town participated in the program chaired by the LGA chairman. The event was extremely successfully.

Particular emphasis was also given to the girl child empowerment by giving awards to the best Female Science Students in the 8 secondary schools in the town. This AOFFEP programme was instituted as an annual event  in the town in 2010