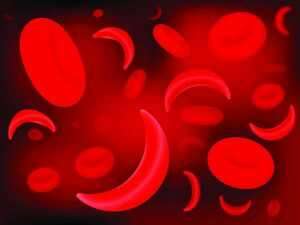 NGO tasks Governments on prevalence of disease in rural areas

Prof. Adeyinka Falusi, president of the NGO made the call while speaking to the News Agency of Nigeria (NAN) in Ibadan.

The Sickle Cell Hope Alive Foundation (SCHAF), an NGO, on Wednesday in Ibadan urged governments at all levels to pay more attention to sickle cell disease in the rural areas.

Prof. Adeyinka Falusi, president of the NGO made the call while speaking to the News Agency of Nigeria (NAN) in Ibadan.

Falusi said that the low level of awareness of sickle cell disease control and prevention among rural dwellers frustrated efforts to mitigate the burden of the disease.

“Sickle cell disease is the most common inherited blood disorder in the country, with about 4 million Nigerians living with the disease and a high rate of mortality and morbidity.”

“While there is some measure of awareness among the educated and urban dwellers, the burden of the disease is still high due to the high number of unreached rural dwellers.”

“Many babies with the sickle cell disease are still being born on a yearly basis, as a result of low level of awareness and ignorance among rural women,” she said.

Falusi said that sensitisation and counseling to prevent persons who are carriers from marrying other carriers would go a long way to address the prevalence of the disease in the rural areas.

“Majority of these people are ignorant of the disease and do not carry out the relevant tests to ascertain their genotype before getting married.”

“Proper sensitisation of rural dwellers and accessibility of the blood testing services will lead to a reduction in number of new cases.”

“Rural women need to know the difference between blood genotype and blood Group and the eventual importance of using these facts in making informed decisions before they have children,” she said.

Falusi also called on the governments and well-meaning Nigerians to support programmes to facilitate free genotype testing in the rural areas.