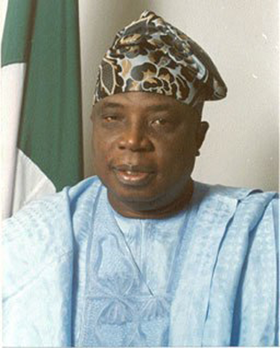 Back in Nigeria, he was appointed Director of the Change Agent Programme for Health Sector Reform in Nigeria, a health programme funded by the Department for International Development (DFID/UK) from October 2001 to July 2003. He was appointed Minister of Health of the Federal Republic of Nigeria in 2003, a position he held for a full term of four years, making him one of the longest serving Ministers of Health in Nigeria to date. He has served on many national and international committees/ boards/ groups including the Expert Resource Group for the Harvard Ministerial Leadership Forum on Health Finance for; Ministers of Finance, 21-24 April, 2013; Ministers of Health, 2-6 June, 2013; and Ministers of Finance, 2-6 April, 2014.
He is happily married to Dr.(Mrs.) Esther Olufunmilayo Lambo and they are blessed with four grown up children and nine grandchildren.